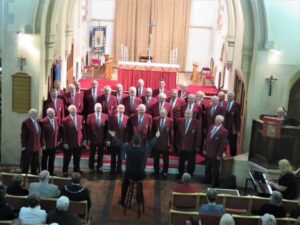 THE choir toured Normandy and Brittany, and made many new friends with their inspired performances. Pictures below (courtesy Nick Harris). 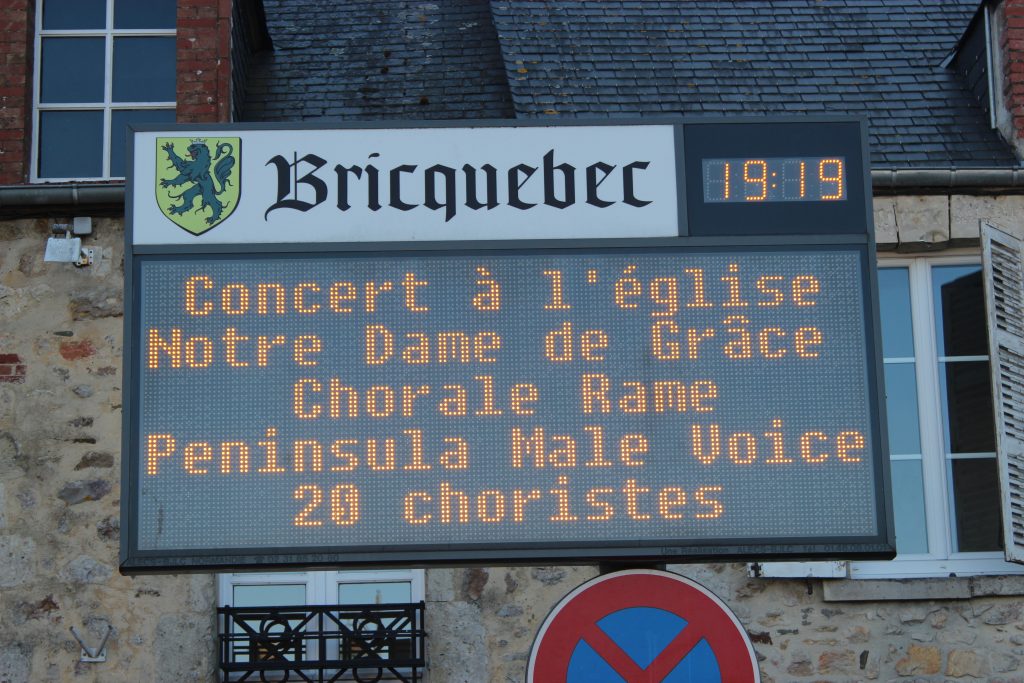 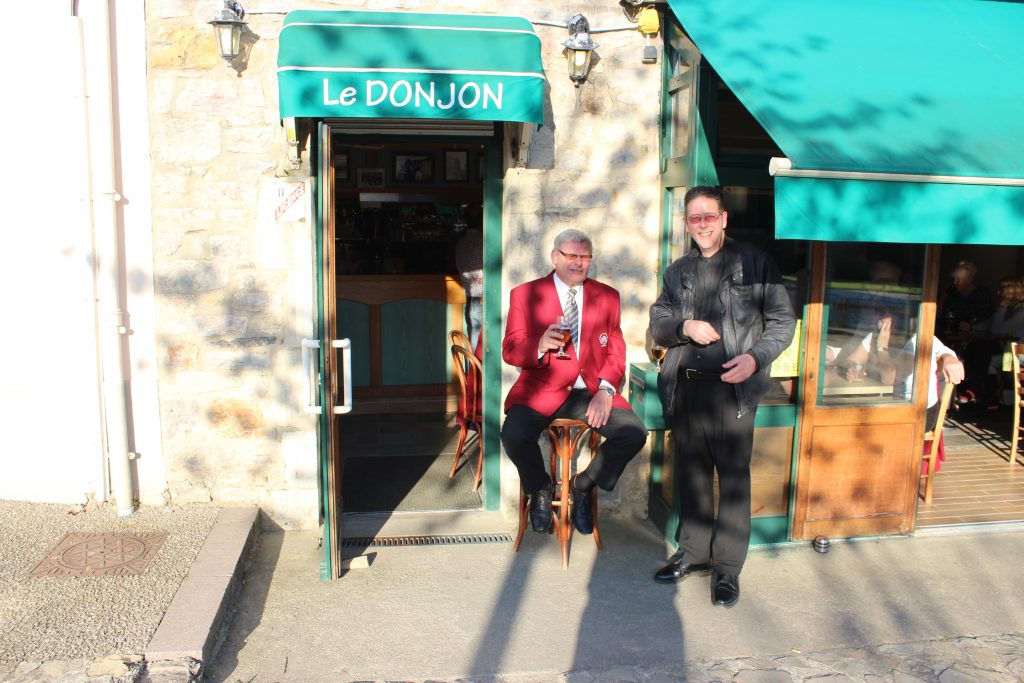 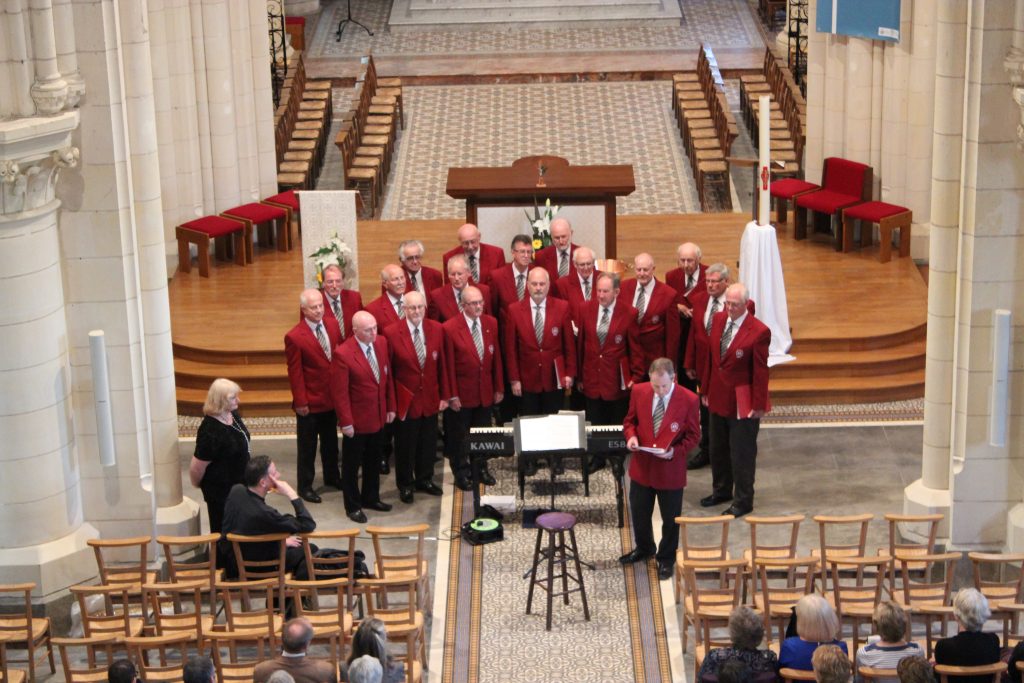 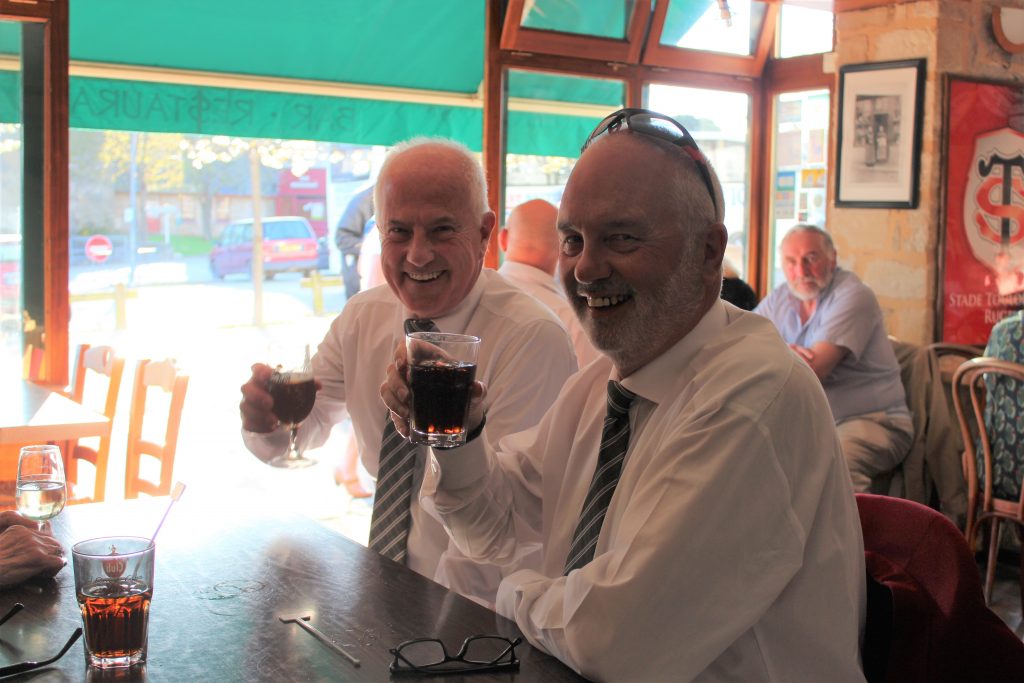 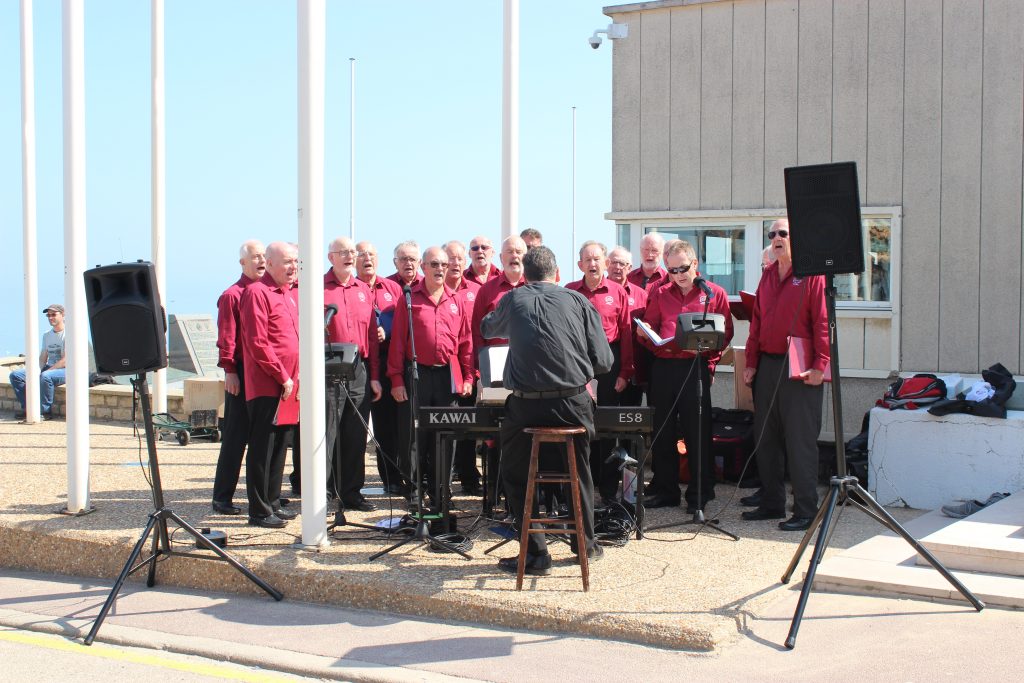 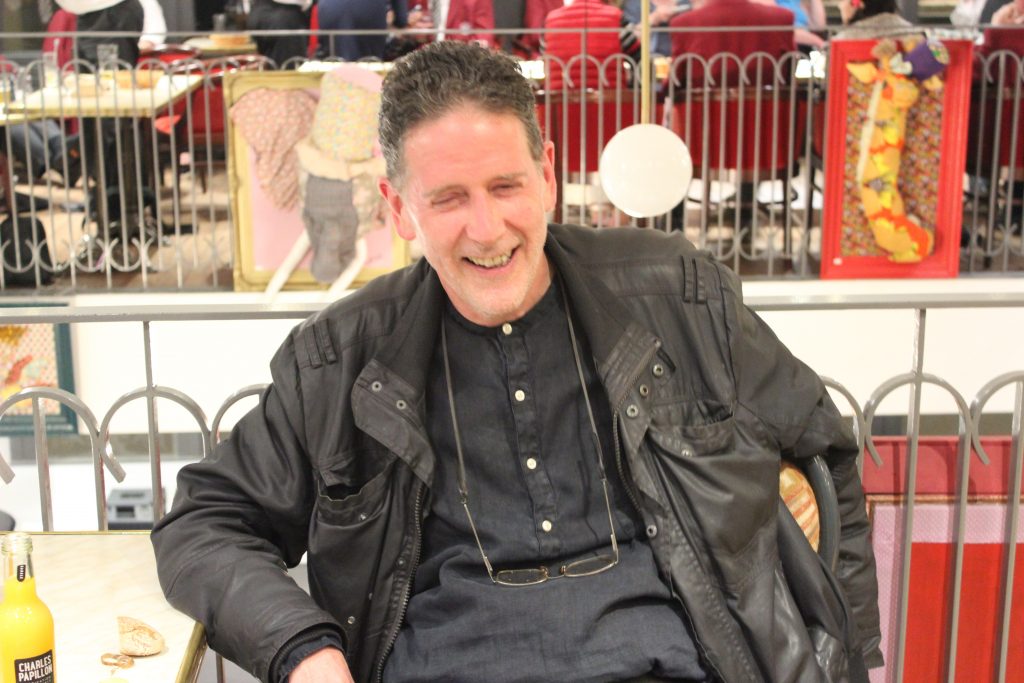 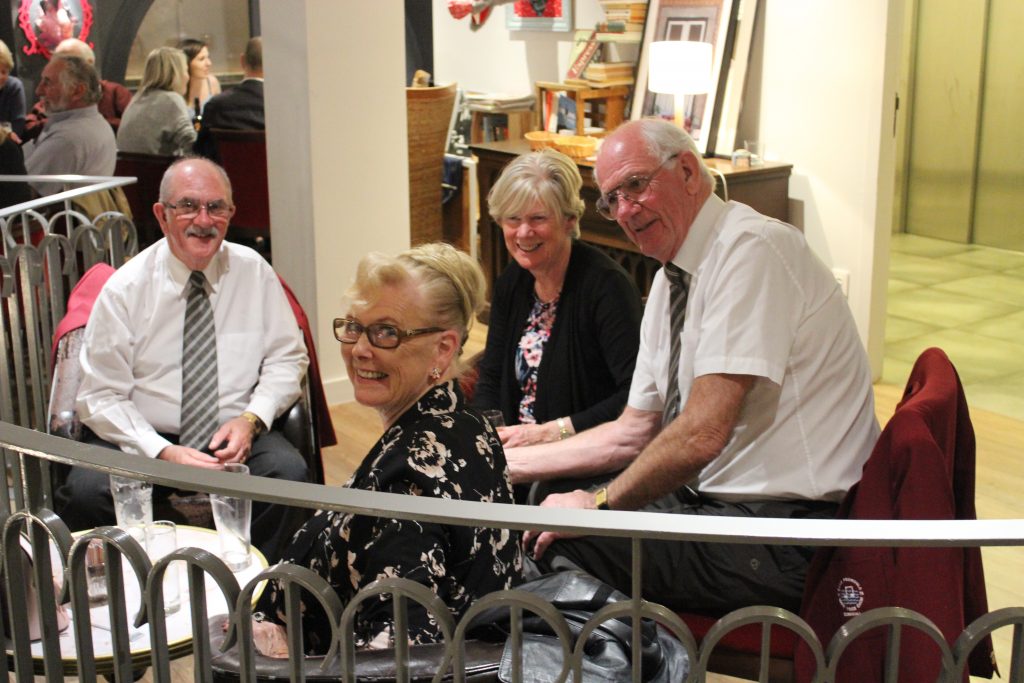 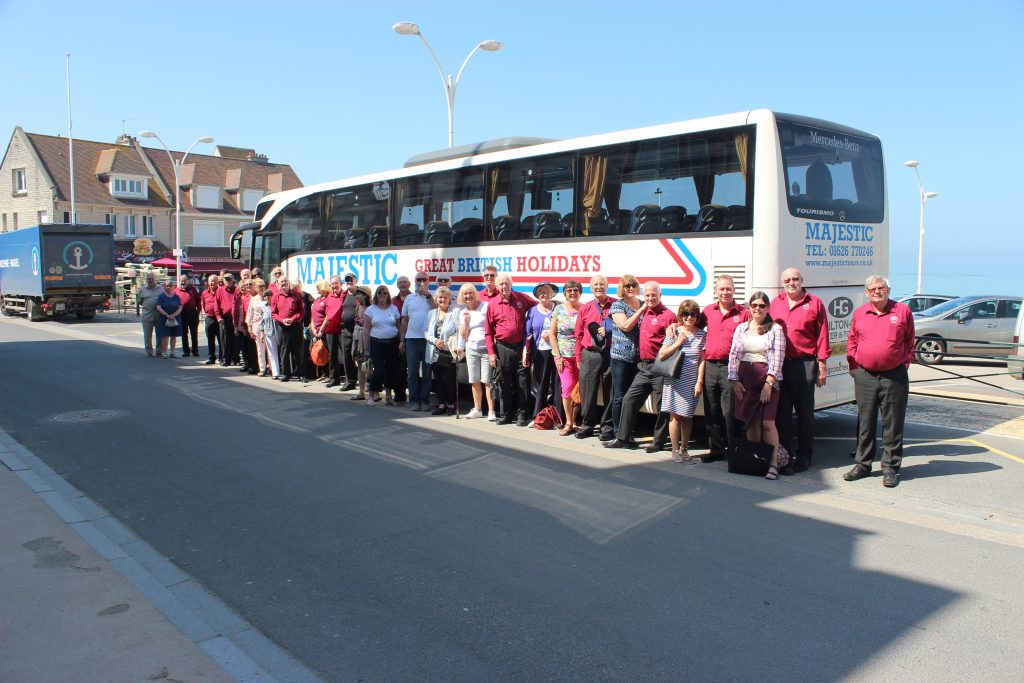 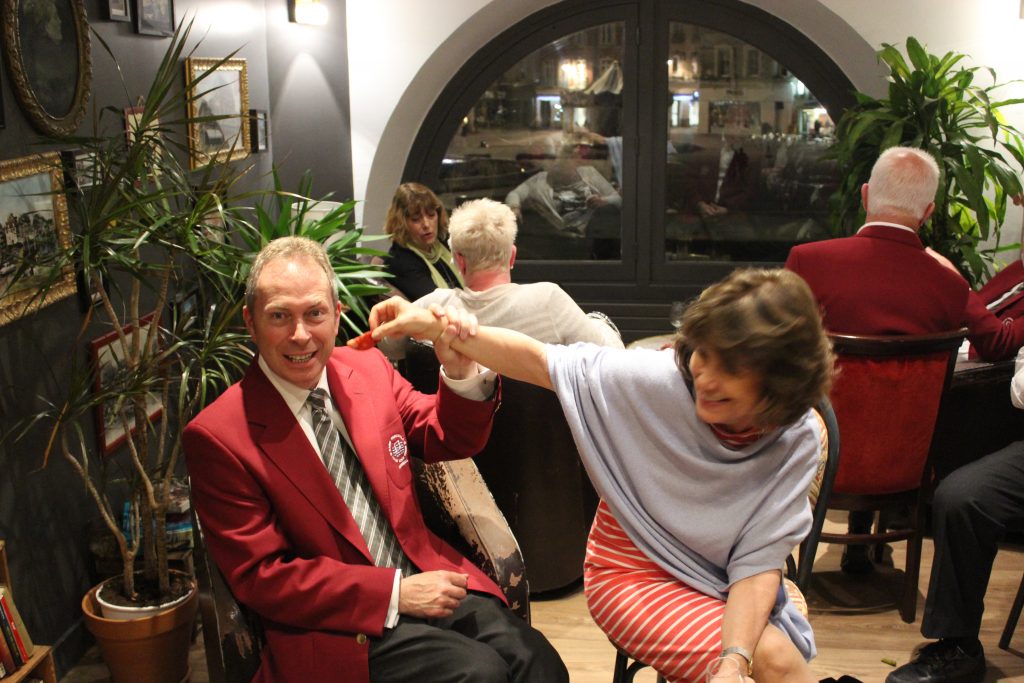 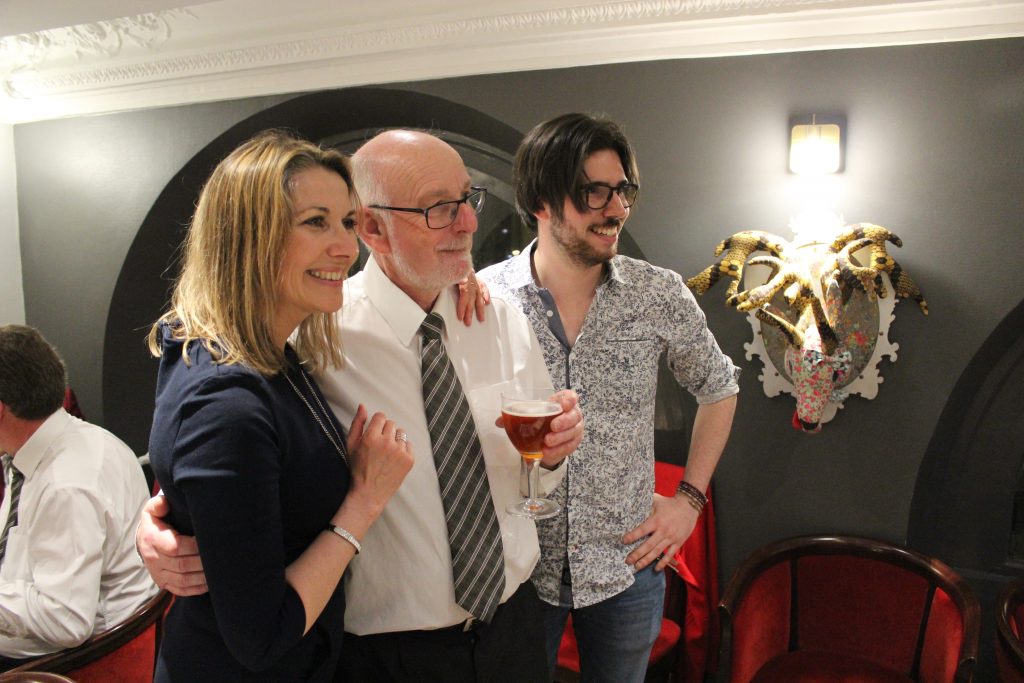 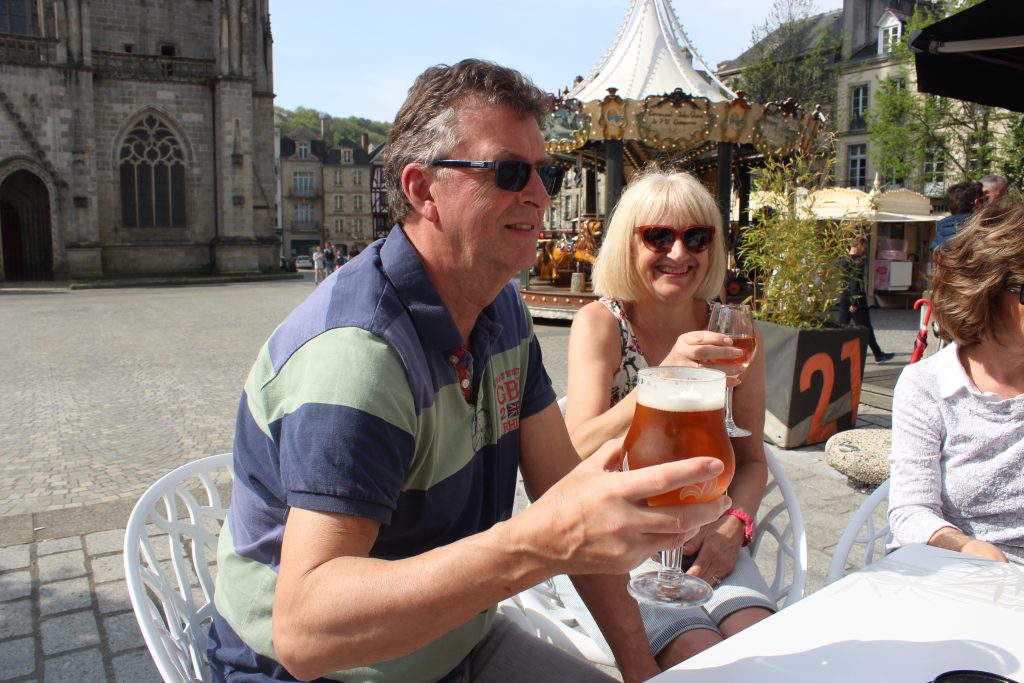 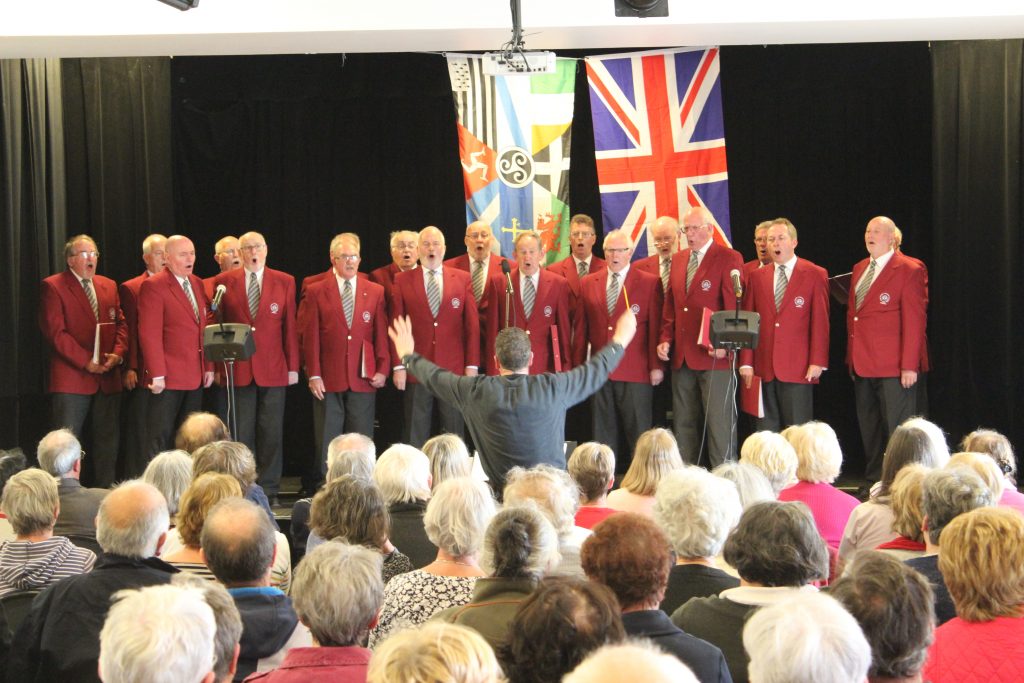 ON December 16th 2017, SIX months of intensive fund-raising paid off at the choir concert in Kingsand Community Hall when a cheque for £10,000 was handed over to Derriford Hospital molecular biologist Dr Jo Farrugia. 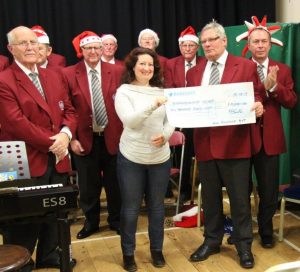 DURING the fund-raising period, choir members and many willing helpers put body and soul into promoting a series of concerts, coffee mornings, and folk and sea shanty ensemble appearances. Our wonderful community responded, putting their hands into their pockets time and again. We cannot thank them enough.
Back-to-back concerts on successive nights, with Torpoint Lady Singers, and then in Kingsand, raised more than £1000, and the overall total from a small community astonished Dr Farrugia. No stone was left unturned. A traditional lobster pot, made by Last Fisherman Malcolm Baker, raised £110 at auction.
Further contributions were made by other choirs who hosted activities of their own after Rame Peninsula Male Voice Choir drew the funding issue to the attention of the Cornish Federation of MVCs.
The money is being spent on upgrading diagnostic molecular testing equipment for Derriford Oncology department, to ensure optimum use. The cheque was handed over by Choir Chairman Clive Brinkmann who described it as an interim payment. There were several more outstanding events in 2018 and 2019 before the Choir reverted to supporting their traditional causes.
There were only five of the diagnostic machines in the UK, the nearest being in Bristol, necessitating round trips of 400 miles for some Cornish patients. Potentially fatal delays in treatment should now be far fewer. 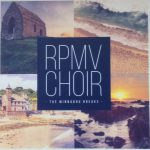 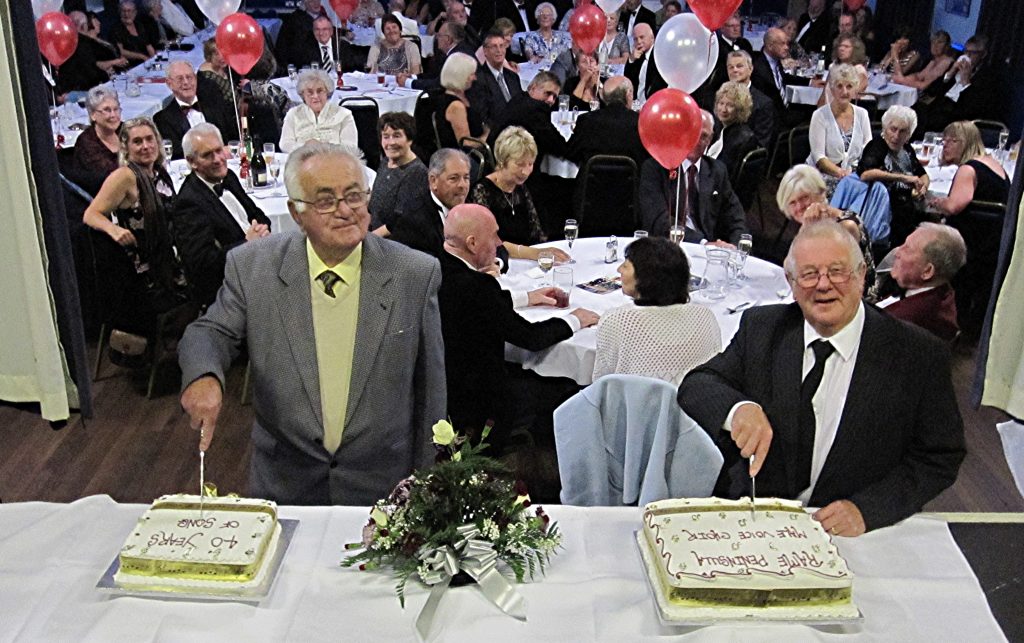 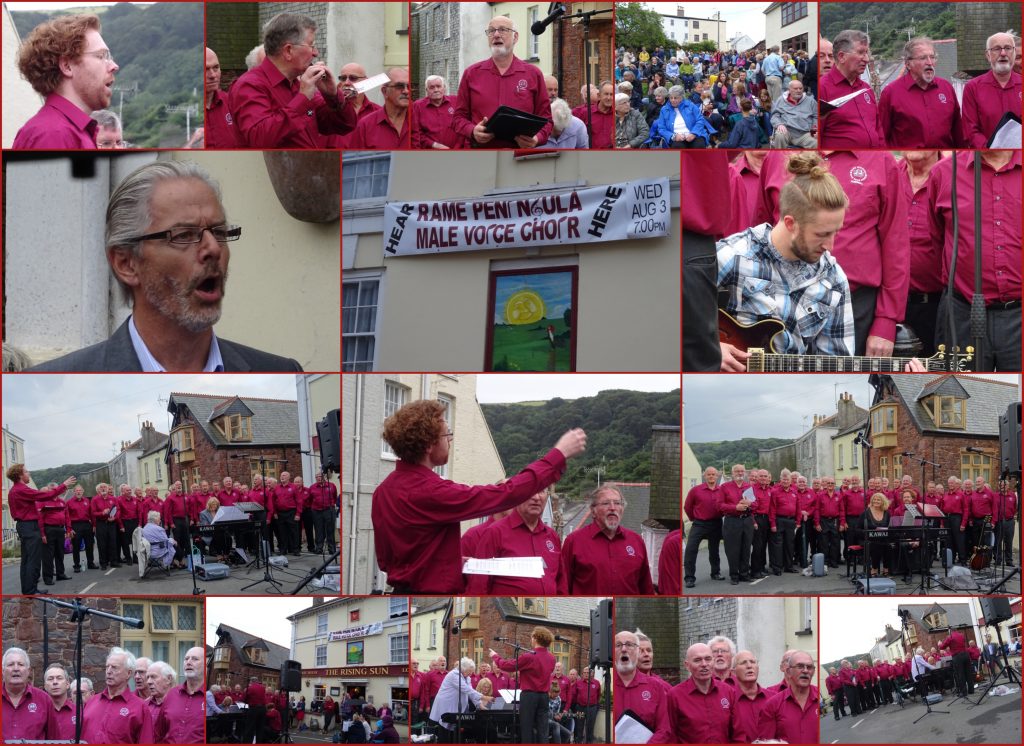 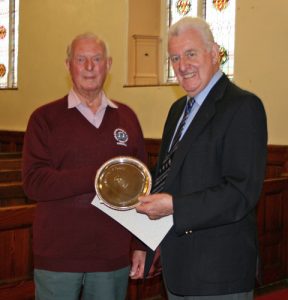 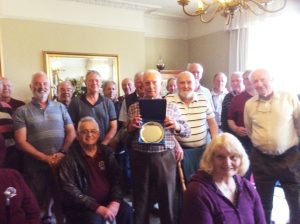 Pete Staniforth, a well-known accomplished musician and folk singer on the Rame Peninsula, wrote both tune and lyrics for Minnadhu Breaks inspired by the heart-felt emotions of a Cornish exile “under some foreign sun” as he pines to return to the Rame Peninsula. Our accompanist, Liz Sidebotham, arranged his song for the choir and it has become a much-loved local anthem and in demand by visitors. Ironically, Pete’s life imitates his art: he is now lives in France.

The photo below shows a presentation in January to  to the Rev. Jill Murray, towards the Cawsand Congregational Church following a concert in our Practice Hall with a capacity audience. Thank you everyone.  Just one of the worthy causes which we supported in the past few months.

Photos above show the wedding of Heather & Damien at Kingsand. 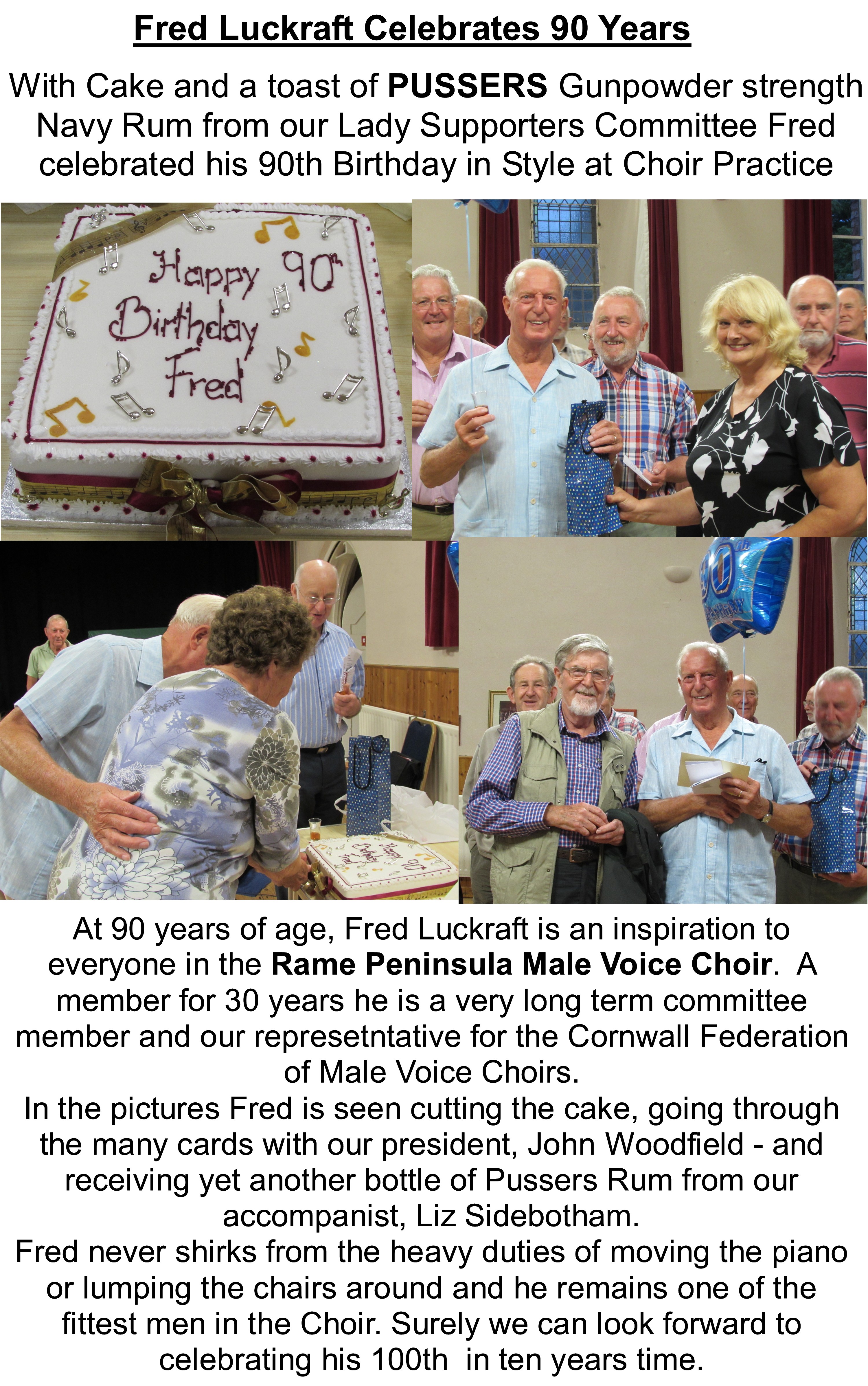 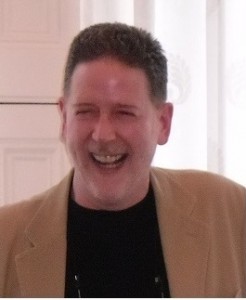 You are most welcome to come and see us practice on a Wednesday night at the Community Hall, Kingsand, from 7.30-9.30pm. Free tea & biscuits while you see the pains we go through!! 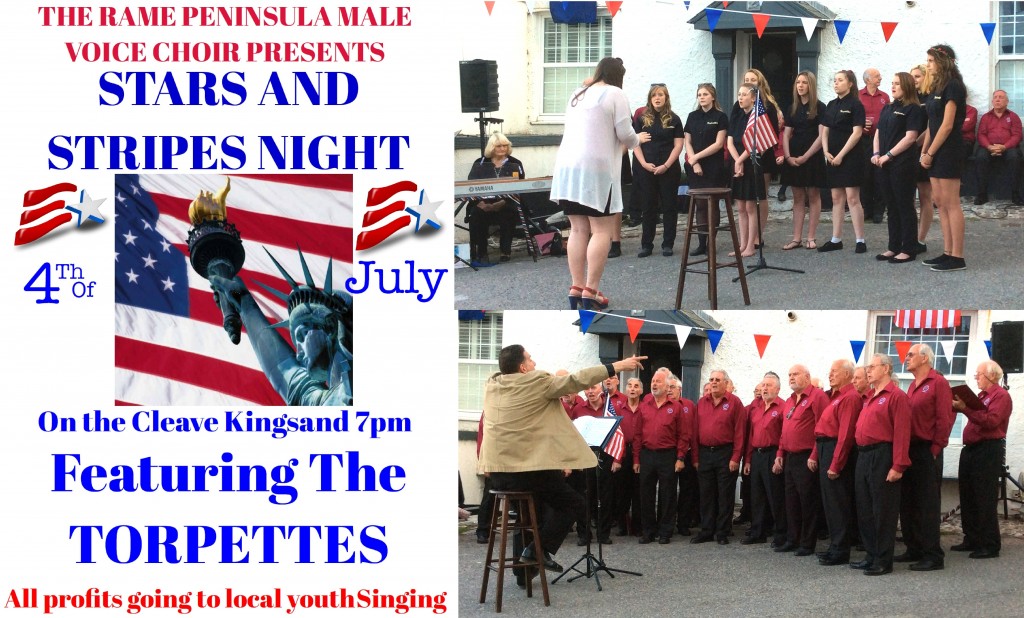 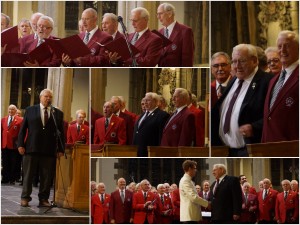 We are part of the heritage of “Cornwall’s Forgotten Corner“:  The South East Cornwall Tourist Association (SECTA) made a podcast about the area which featured the choir singing Minnadhu Breaks.